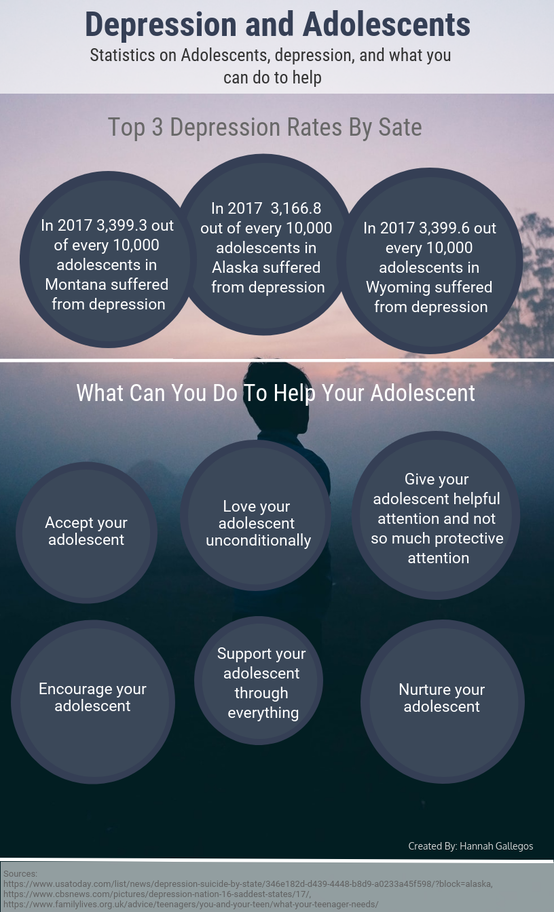 Project Description
This project was about leaning the adolescence brain and the biological needs of adolescence. For the part on the adolescent brain I studied concussions in adolescent sports. For the second info graphic I studied depression in adolescence and what people can do to help. I think the second info graphic was important because it is important for people to know what they can do for a depressed adolescent in there life. Also I think it is important to know the statistics so because it is so eyeopening.
Personal Reflection